In this, we will show you the 5 Moments that changed WWE forever.

These are moments that changed the course of WWE history.

Some of these moments lead the foundation of WWE as we know it today.

And also from The Rock and Stone Cold to John Cena and Randy Orton, and now Roman and Seth Rollins. Things has changed so much in WWE.

But one thing remains the same i.e, WWE Forever

Generations have arisen through the doors of the business, but as long as the WWE Universe remembers the faces and names. There are other factors that have changed the face of the business and make WWE forever.

The stars that define the eras and the moments that have led to further revolutions are some of the things that bring forward change.

Here are the biggest moments of the last few decades that have changed the face of WWE forever.

5 #Give Divas A Chance

Back in 2015, WWE women were being restricted to matches lasting only one minute.

AJ Lee retired from the business and on the main roster, fans were forced to endure #Ms. Hotty Paige wrestling to The Bella Twins until she was finally given some backup from NXT.

The WWE Universe overtook #GiveDivasAChance and forced the company to make changes.

Women have since evolved and made history in countless ways.

The word ‘Diva’ has been erased from WWE’s terminology and women have finally earned the right to be treated equally as men superstar’s in the company.

It is a long time task as it starts with just 30-second matches on the RAW episode. Later it moved to the NXT show where WWE Divas already making their mark and proving themselves in front of the WWE Universe.

Every woman in the company has added something to this movement and their voice is finally heard by WWE.

The women now have a tag team championship for the first time and their men are moreover they also headline Main Event the WrestleMania after that as male superstars were doing.

There is not a wrestling fan alive who does not know about the Montreal Screwjob.

The story’s Cliff notes that Bret Hart was ready to leave the WWE for WCW and was defending his championship against the legend Shawn Michaels in the Survivor Series in 1997.

Contractive Hurt was not to give up his championship in that match, but; the company did not want him to win the WCW title because he was in the middle of a war.

Michaels and Vince McMahon then agreed on a way to win the match, and when Michaels locked Hart on the sharpshooter, the referee rang the bell and awarded Michaels the championship.

This match and moment gave rise to the Mr. McMahon character in WWE, with the president of the company becoming the villain in the story and being able to create an entire character behind it.

Mr. McMahon was the chairman who met Steve Austin in the early 2000s before becoming one of the company’s most hated stars.

There were even theories that the whole thing was staged to create the character because it worked so well for McMahon.

That night was a turning point in the WWE for a number of reasons, but the main thing was that it created the person who controlled the company for over two decades. And this thing makes the WWE Forever

Also Read:- 5 shocking WWE facts that you didn’t know before

3 End of The Undertaker‘s Streak

Also Read:- The Undertaker role after his retirement

WrestleMania 30 will be remembered in the record book as the place where The Undertaker’s undefeated streak ended.

It was one of the biggest shocks in pro wrestling history and has since dominated the WWE forever over the years.

Brock Lesnar was invincible before The Deadman ended WrestleMania Streak, but became the foremost and the strongest force in the company after WrestleMania 30.

Taker himself confesses that he has suffered a loss in the match and does not remember it.

Paul Heyman starts conspiracy theories stating that Lesnar went into business for himself and defeated The Deadman when he was not supposed to.

It’s a tricky story, but the ending of the streak changed the face of WrestleMania. And that Wrestlemania will be remembered forever by every WWE fan’s mind.

For years, Deadman dominated WWE’s biggest show of the year, but now fans are unsure whether he will be a part of WrestleMania.

Brock was eventually defeated in the WWE ring by Roman and then Seth Rollins and Drew McIntyre, making it appear that The Beast has arrived in the slayer.

That being said, The Streak is still gone. The longest undefined streak in wrestling history, and perhaps the longest that will ever be added to record books, has finally ended.

The ending of The Undertaker’s streak has changed WWE completely forever and after that there was a huge craze for the deadman and WWE.

Chris Benoit’s name was banned from being mentioned in wrestling circles for more than a decade after his death.

The events of that fateful night of June 2007 have troubled wrestling fans for the past 13 years, but it is worth noting that coming out of the horrific situation unfolding was a small positive.

According to medical examinations, experts diagnosed Benoit with ‘severe brain damage’, stating that his brain was similar in nature to that of an ’85-year-old Alzheimer’s patient ‘.

His heart is found three times the actual size and 10 times the normal steroid testosterone amount in his body.

Which was really shocking at that time. Despite his body having passed the wellness policy test three months earlier.

WWE was forced to change many of its policies after Benoit’s death and this led to forever change in WWE.

If a WWE talent shows symptoms of a concussion or has suffered a concussion; then that WWE talent will not be cleared to return to wrestling until they pass the ImPACT test and from a clinical certified physician.

The tragedy struck in the wrestling world in November 2005, when one of the company’s most loved stars tragically passed away.

Eddie Guerrero died in a hotel room in Minneapolis in the arms of Chavo Guerrero.

It was revealed that he dies due to underlying atherosclerotic cardiovascular disease which results in heart failure.

This allows WWE to monitor talent and hand over suspension after a breach.

Many felt that WWE set up a wellness program in response to the negativity the company received after the death of Eddie Guerrero.

Over the years, many wrestlers have been suspended for policy violations.

But in introducing the policy the company also began giving superstars a full health checkup to pick up underlying health issues.

Also, this makes a huge impact in WWE as a forever and a new long term thing is introduced at that time.

This makes WWE safe for their performances and ensures that wrestlers with underlying conditions are monitored.

So these are the 5 moments that changed WWE Forever,

I hope you enjoyed reading our blog. All the information is taken from Google and different sources.

Tell us your opinions regarding WWE forever changes in the comments section below. 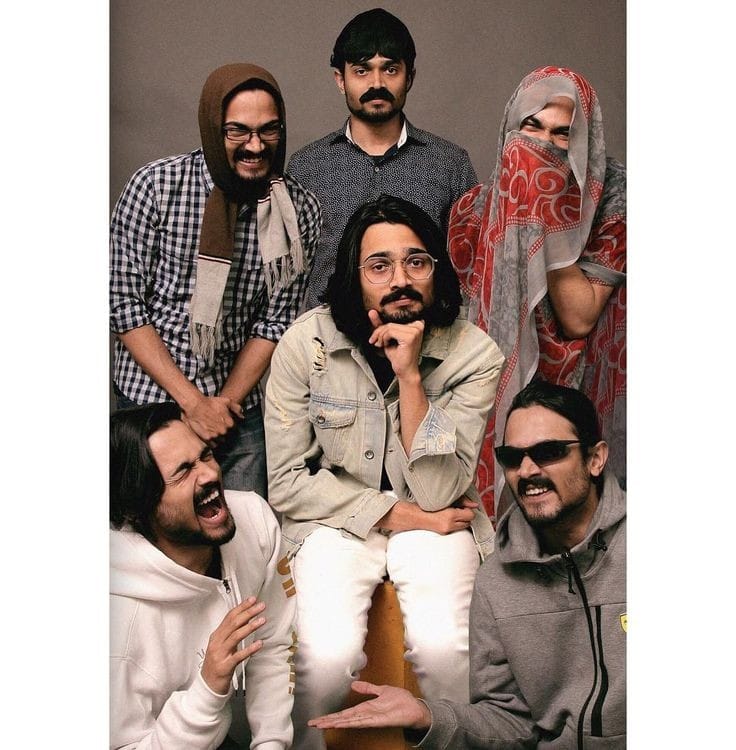 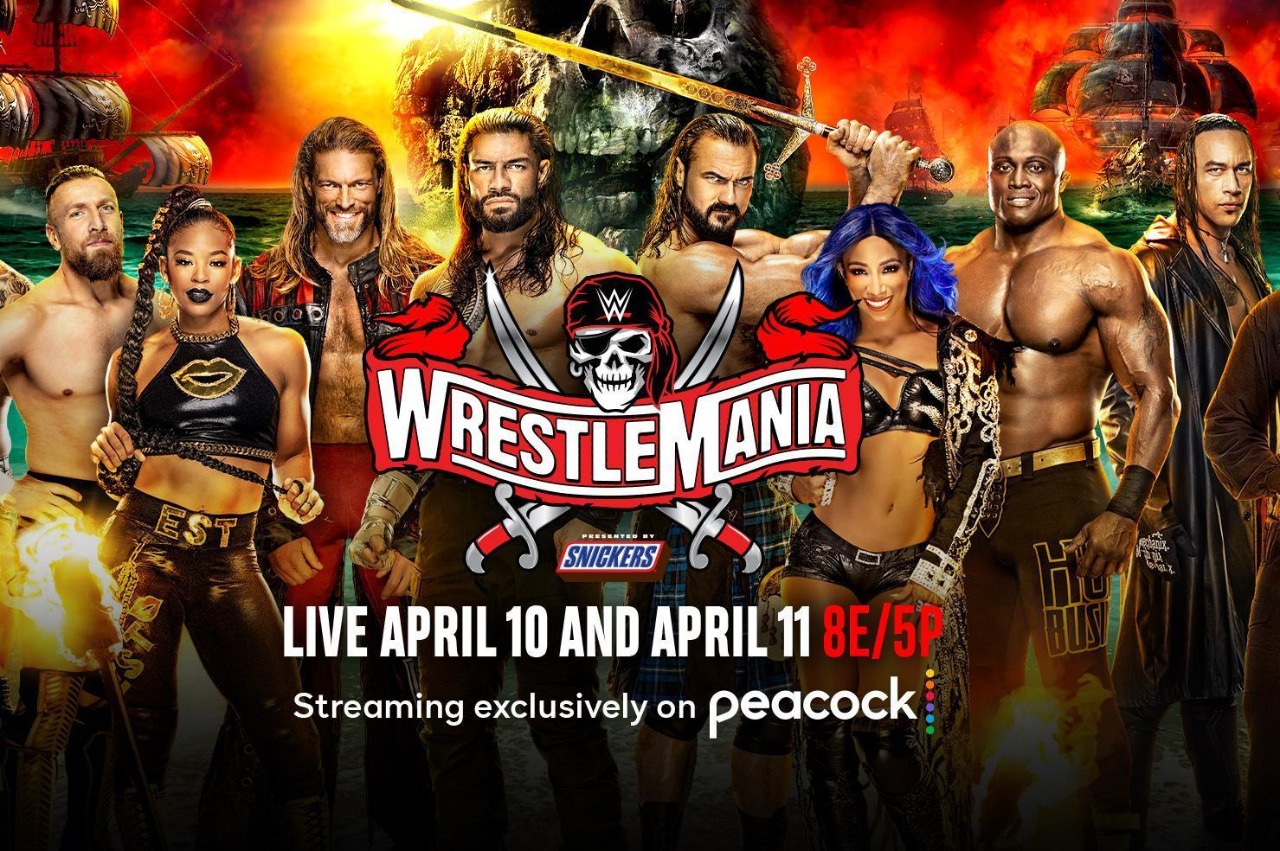 Wrestlemania 37 match card is here. Read this article till the end to get all details of every…